CONFERENCE WILL BE HELD VIRTUALLY. Please join our meeting from your computer, tablet or smartphone.

We are pleased to announce some exciting presentations for our virtual conference on October 7th, 2022. There will be 6 continuing education units (CEUs) awarded for the conference. The Fire Service Psychology Association is a nonprofit organization developed to bridge the gap between professional psychology and the fire service. We believe through effective firefighter-specific training and intervention; we can develop and maintain psychological health for years to come. Founded in 2017, our organization is located in Southern California although we offer services to fire agencies across the country. Our mission is to provide the best standard of psychological care for fire service personnel and their families. 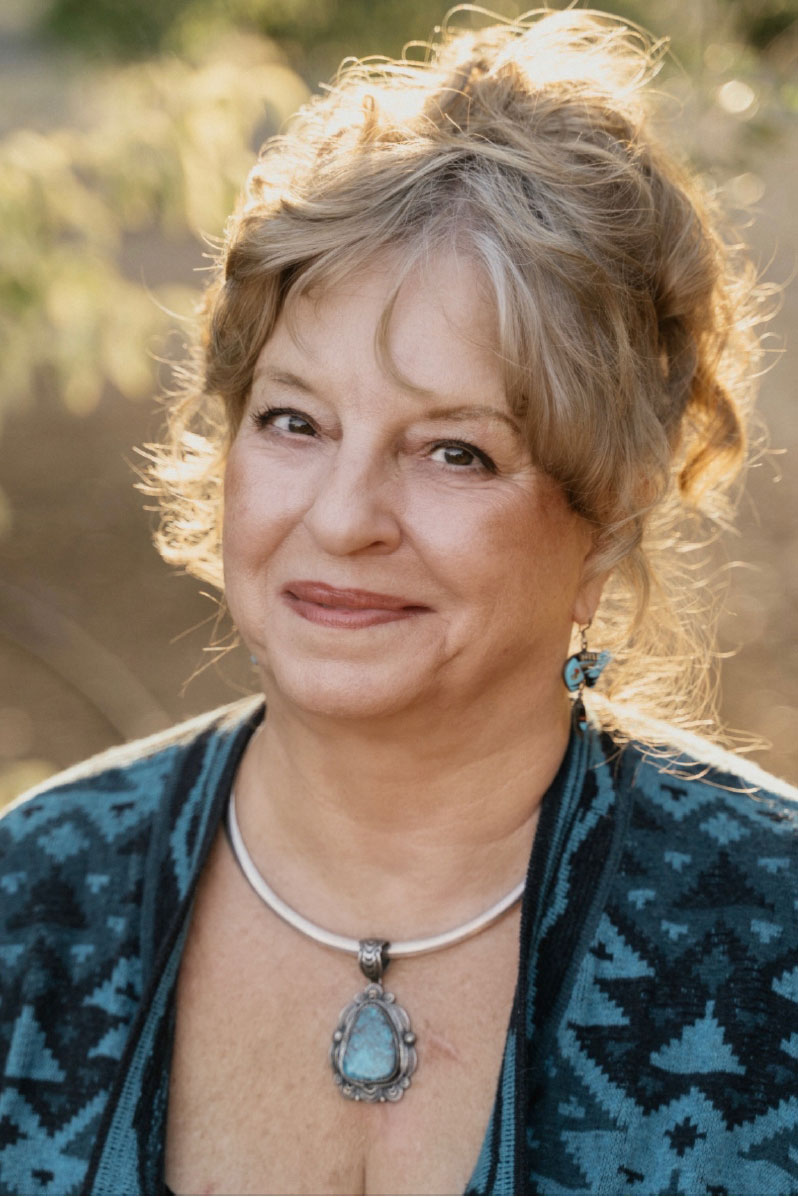 Marilyn Wooley, PhD is the author of How Heroes Heal: Stories of First Responders and the Journey from Posttraumatic Stress Injury to Posttraumatic Growth (WildWooleyPublishers, 2022). Wooley is a police and public safety psychologist and traumatologist who has provided treatment to cops, firefighters, communications dispatchers, medical personnel, other first responders, and veterans suffering from posttraumatic stress injuries for the past forty years. She completed her PhD in 1977 from the University of Arizona and performed her postdoctoral training at the Long Beach Veterans Medical Center treating young veterans injured and traumatized during the Vietnam War. Her experiences spurred her interest in the development and treatment of posttraumatic stress.

Marilyn’s passion became even more deeply rooted when, in 1992, she discovered a trunk filled with her grandfather’s effects from WWII. By exploring hundreds of his letters and photographs, she discovered that her grandfather had served in the 7th Army and was a liberator of Dachau Prison Camp. Suddenly, she realized that her grandfather’s gruesome experiences had left him suffering from untreated posttraumatic stress disorder and her interest in PTSD became an obsession. The diaries illuminated Wooley’s troubled family history and she was struck with fresh clarity how her clients’ individual experiences with posttraumatic stress not only shaped their lives but influenced and shaped the lives of their families and children. Her therapeutic goal of reducing the effects of PTSD eventually led her to devote her energy to helping first responders embark on a journey from posttraumatic stress to recovery to posttraumatic growth that would ultimately reclaim and enrich their lives.

In her work, she witnessed the positive changes associated with posttraumatic growth in hundreds of first responders. Over time, she recognized a pattern similar to the Hero’s Journey archetype in classic mythology described by Joseph Campbell, and she took classes detailing the Writer’s Journey developed by screen writer/author Chris Vogler. Her conceptualization of the “hero’s story” helped her understand her clients’ struggles. When she began to share this story with the first responders she treated, they began to see their recovery as an adventure, not the one they experience in their daily life, but a journey inside, both terrifying and inspirational. posttraumatic growth, when described as a series of challenges, becomes normalized and helps the first responder negotiate the path to recovery in a more understandable way.

Wooley has published articles in professional journals and presented papers at conferences describing critical incidents, including her own, and the coping/recovery process. She is an expert witness in several areas relating to trauma. She volunteered for the American Red Cross to help victims of 9/11. She has also volunteered as a clinician for the West Coast Posttrauma Retreat since 2001 and served on the board of the First Responders Support Network.

Writing about public safety is not Wooley’s only genre. She won the 2000 St. Martin’s Press Malice Domestic award for Jackpot Justice, a novel about psychologist Cassie Ringwald who lives amid colorful characters and solves mysteries to save the lives of her clients.

Wooley lives in rural Northern California with her husband and a clowder of shameless cats. She enjoys an adrenaline rush and has survived skydiving over power lines, flying a small plane crippled by engine icing, scuba diving with sharks, kayaking 100 miles on Idaho’s wild River of No Return, and belly dancing at a biker bar. She also tends to her rose garden and attends opera whenever she can. She is hooked on murder mysteries and world travel.

Marilyn Wooley, PhD is a police and public safety psychologist and traumatologist who has provided treatment to cops, firefighters, communications dispatchers, and medical personnel suffering from posttraumatic stress injuries for forty years.

Wooley has published articles on posttraumatic stress injuries and recovery from critical incidents, including her own, in professional journals. Her latest book, How Heroes Heal: Stories of First Responders and the Journey for Posttraumatic Stress to Posttraumatic Growth will be available on Amazon in August 2022. Writing about public safety is not Wooley’s only genre. She won the 2000 St. Martin’s Press Malice Domestic award for Jackpot Justice, a novel about psychologist Cassie Ringwald who lives amid colorful characters and solves mysteries to save the lives of her clients.

Wooley lives in rural Northern California with her husband and clowder of shameless cats. She enjoys an adrenaline rush and has survived skydiving over power lines, flying a small plane crippled by engine icing, scuba diving with sharks, kayaking 100 miles on Idaho’s wild River of No Return, and belly dancing at a biker bar. She also tends to her rose garden and attends opera whenever she can. She is hooked on murder mysteries and world travel. 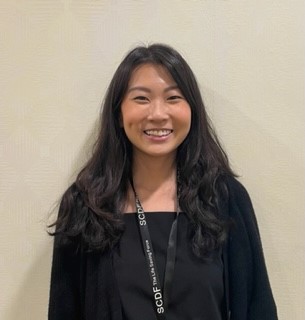 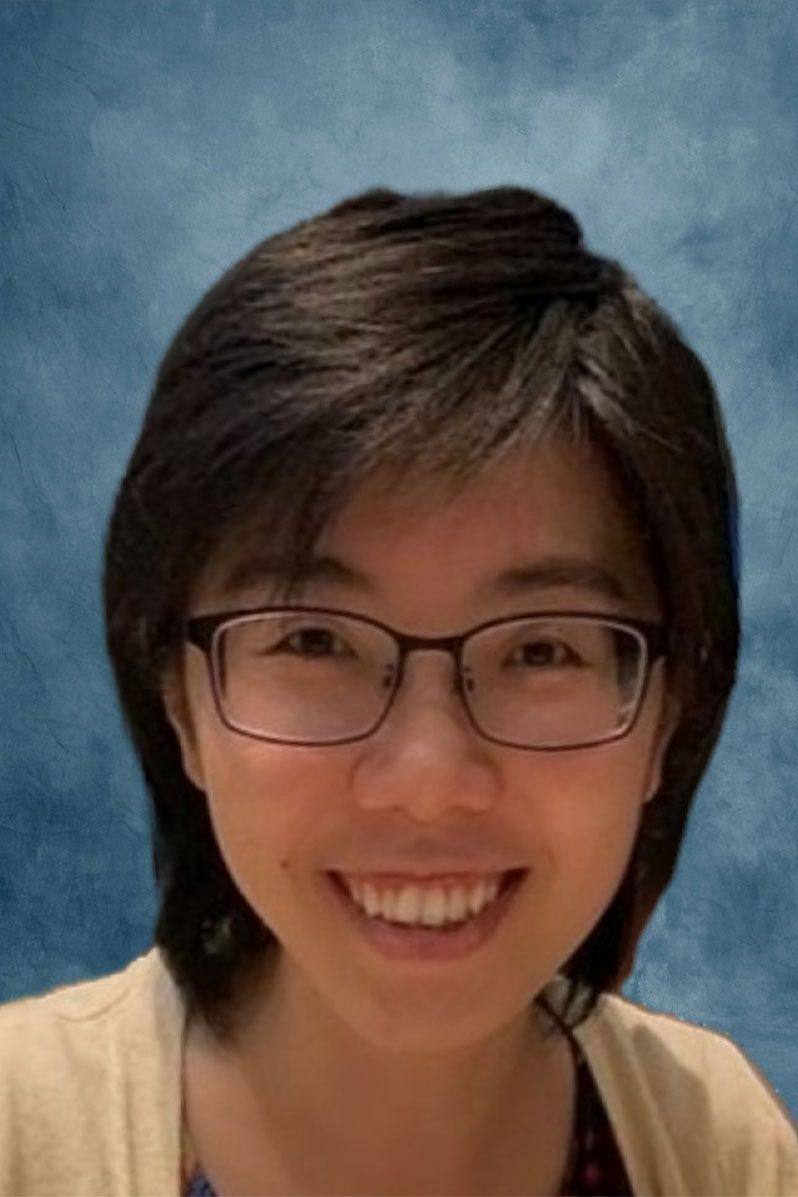 Ms Cherie Goh is currently a Psychologist in the Emergency Behavioural Sciences and CARE Unit of the Singapore Civil Service Force. She graduated from the National University of Singapore with a Bachelor of Social Sciences in Psychology (First Class Honours). Cherie oversees the psychometric testing for personnel selection and recruitment for the SCDF. As a psychologist, she also provides psychological support such as counselling and critical incident debriefing for in-service officers. Prior to her current role, Cherie had worked at the Home Team Behavioural Sciences Centre conducting scholarship and high potential selection, leadership research and training, and also has experience in providing trauma-informed emergency management and crisis response after hours with the Child Protective Service at the Ministry of Social and Family Development. Her research interests include personnel selection and assessment, stress and coping, responder performance as well as resilience in frontline workers.

In addition to her work with the Warriors Research Institute, Michelle is a Ph.D. Candidate at the University of Texas Health Science Center School of Public Health where she is working on a doctoral degree in Epidemiology. She also holds a Bachelor of Arts degree in Psychology and a Master of Public Health degree in Community Health Education from Baylor University. Michelle has worked on a variety of research projects related to firefighters and veterans examining topics including suicide, stigma, telehealth, and peer support. Her current research interests revolve around violence prevention in high-risk populations and those exposed to trauma as well as the psychiatric outcomes of violence and trauma exposure.

At the end of this presentation, the learner will be able to:

Differences in Psychiatric Symptoms and Barriers to Mental Health Care between Volunteer and Career Firefighters.pdf 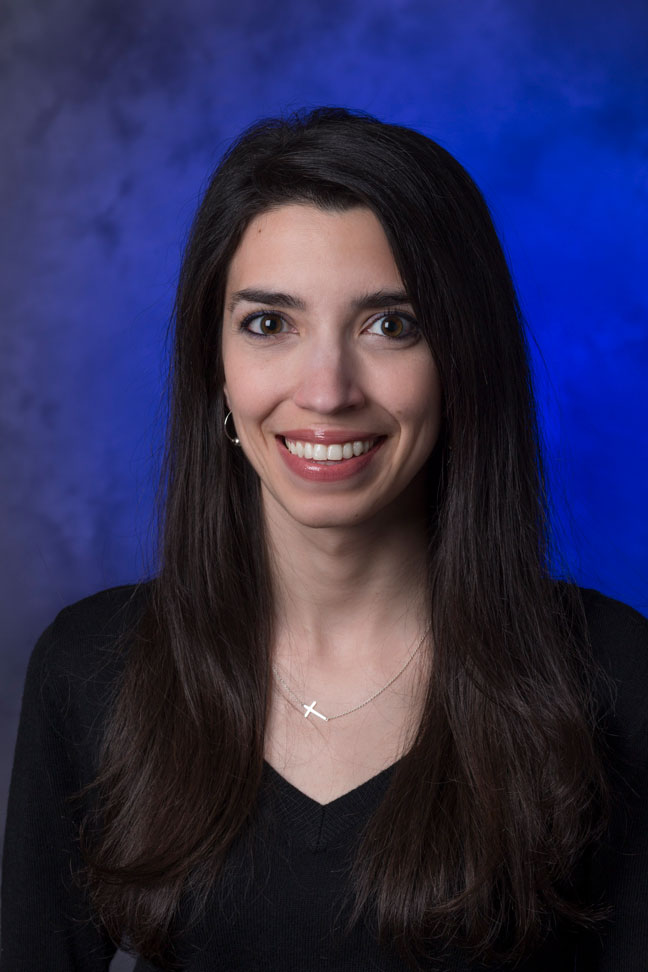 TOPIC: US Fire Service in a Post Pandemic Era 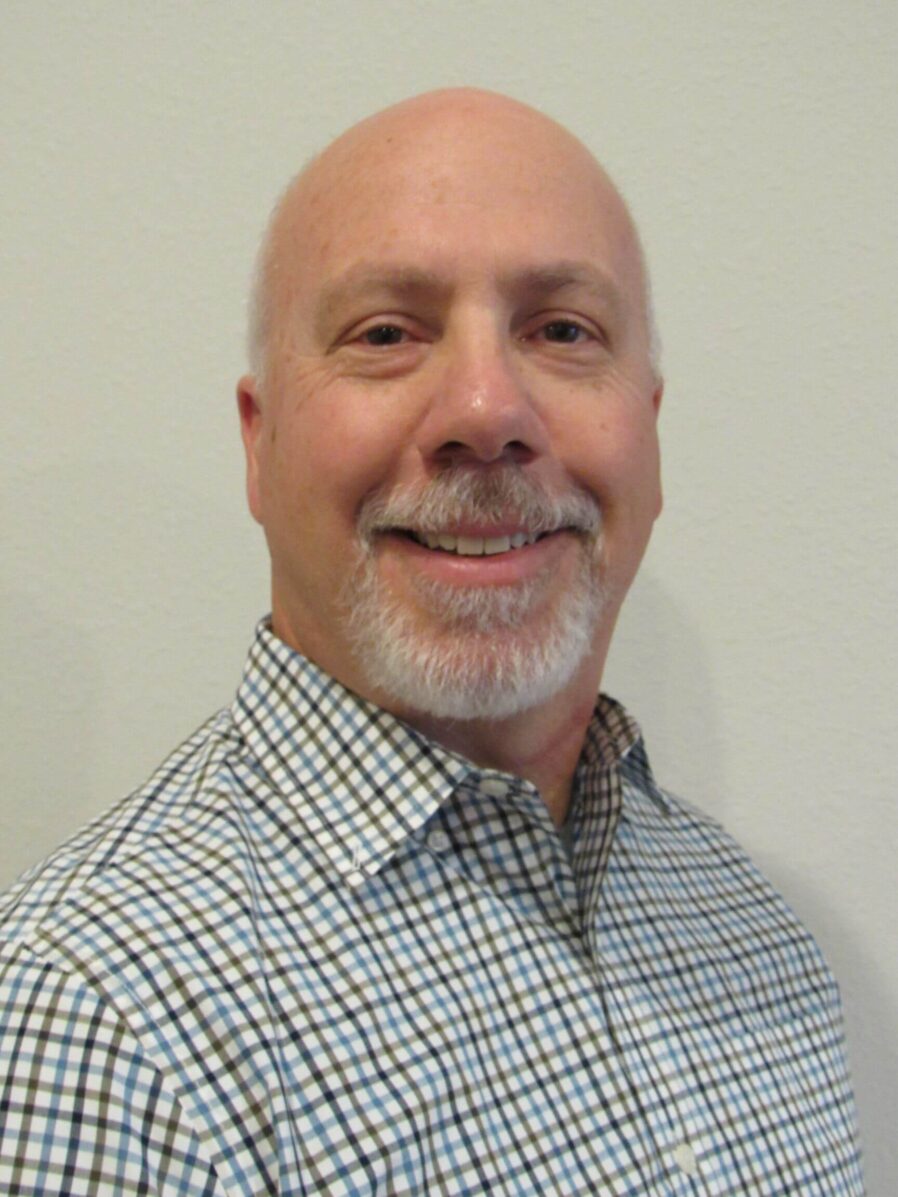 Jeff Dill holds a Master’s Degree in Counseling and is a retired Fire Captain at Palatine Rural Fire Protection District in Inverness, Illinois.
Jeff speaks internationally about his work for his brothers and sisters. In the past ten years, he has traveled over 750,000 miles. His message offers hope and inspires all to enjoy life by understanding their own behavioral health.
On July 1 st, 2021 Jeff was appointed the new Behavioral Health Administrator for Las Vegas Fire & Rescue.

CURT VARONE has more than 40 years of experience in the fire service, including 29 years as a career firefighter with Providence, RI, retiring as a deputy assistant chief (shift commander). He is a practicing attorney licensed in both Rhode Island and Maine, and served as the Director of the Public Fire Protection Division at the NFPA. Curt is the author of two books, Legal Considerations for Fire and Emergency Services, and Fire Officer's Legal Handbook. He is a contributing editor for Firehouse Magazine and remains active as a deputy chief with the Exeter (RI) Fire Department. 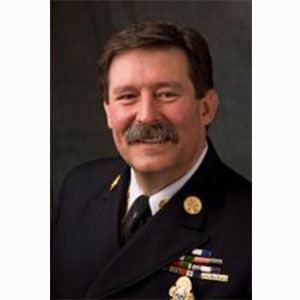 Dr. Wheldon began her mental health career while working with children who had been diagnosed with developmental disabilities. She went on to further her experience within the community while serving as a school counselor with a private organization and a catholic school. Her forensic experience began within the Orange County jail system. Thereafter, she was hired with the California Department of Corrections and Rehabilitation, served as a Staff Psychologist, and was soon promoted to a Senior Psychologist Specialist. In those positions, she provided direct services to the inmate-patient population, worked alongside law enforcement officers, served as a Suicide Prevention Proctor Mentor, provided institutional training to both sworn and civilian employees, and was responsible for helping to develop policies and procedures within her institution.

She is the President & Founder of the Fire Service Psychology Association which is dedicated to bridging the gap between professional psychology and the fire service through providing APA-approved continuing education courses to mental health providers, behavioral health training to departments, and collaborating on research to better understand the needs of firefighters and their families.